The Romans were all soldiers and their effectiveness out in the field depended on their discipline.

You often meet an enemy with a lot of spirit and bluster. The Gauls would stand up to a Roman maniple with the courage of an animal, and just as naked. At the battle of Trebbia the whole front line of them charged forward with nothing on but their gold necklaces. They whooped and swore and waved their iron swords at the Roman legions five hundred yards away. They even threw away their shields. A lion doesn’t need a shield.

The Romans quietly watched this foolishness from their precision formations and wondered when some people would ever learn. They simply held off that first wave of Gauls with long pikes and made them bend their swords on the wooden poles. Gallic swords were only good for slashing, not for stabs, since they had no points. And they were so thin they bent.

So after a few minutes the naked Gauls were defenceless. Their courage was now good only to help them die. 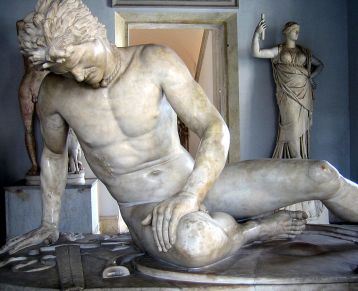 Discipline got the Romans through most of the hard times. All through the Republic they had no professional soldiers, only a citizens’ militia. Their generals were the same men as their politicians. All of them had to spend years in the army, where they basically learned to obey and to work together. That was the secret of their success. Military geniuses they had few. When you were appointed to lead a legion, or even an army, nothing brilliant was expected, only common sense and discipline. Those would see you through most difficulties. And if you were beaten because of bad luck or treachery or the tactics of a great genius like Hannibal, no one would reproach you. It wasn’t your fault. Hannibal was an Act of God. Hannibal means “Thunderbolt”.

Of course it’s exciting to watch a a genius. And from this distance and before thinking about it, a reader who is neither Roman nor Carthaginian might have liked to see old Hannibal finally succeed.

What young officer feels greater sympathy for Fabius than for Hannibal? How disappointing that an ungifted man like Fabius, following very common sense, should beat a sparkling genius like Hannibal. “Fabius didn’t actually beat him either,” say his admirers. “He just held him off and let him wear himself out. Anybody can do that!”

Yet that is the strategy that won the war. And Fabius is the model of a Roman general. Yes, Scipio learned trickiness from the Master and finally beat Hannibal at Zama; but it was Fabius Cunctator (the Man who Held Back) who saved the country. How? By using his head, by controlling himself, by insisting on discipline from his troops.

By the time Fabius was given charge of the army  Hannibal had already come over the Alps and annihilated two Roman armies, rather easily. Now he was marching deep inside Italy and burning up the farmlands and trying to get Rome’s allies to turn against her. Something had to be done, fast. But not just anything.

Hannibal was a foxy man, always ready with a trick to lure a Roman consul into battle. A consul thought he saw just the moment to catch Hannibal off guard and imprudently threw his whole army forward. Into Hannibal’s trap. One after another they were fooled.

Fabius saw this and decided never to offer battle. He would follow Hannibal’s army around closely and attack his foraging parties but resist the temptation to engage him on the open field, no matter how attractive that looked.

This may have been wise policy but it was very unpopular back in Rome, where a victory was expected. The longer Fabius kept following Hannibal around without attacking him, the more impatient everyone became at home. “What does Fabius think we gave him an army for?” people asked. And when Hannibal began burning all the farms of Rome’s allies in Picenum, right in Fabius’s face, there seemed to be no justification for doing nothing. “The guy may not be a coward,” they said, “but he sure acts like one.” 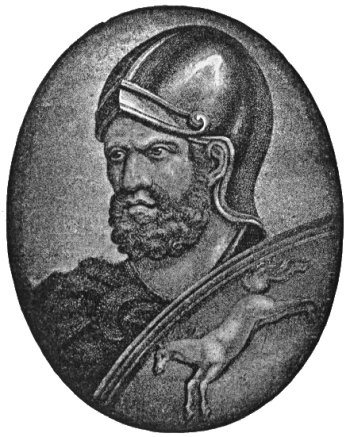 In fact, an enemy like that was just what Hannibal didn’t need. And he tried everything to provoke old Cunctator. Hannibal must have been very relieved when Fabius’s term as dictator expired. And when the new consuls took charge of the Roman army  he began at once to draw them into combat. He knew he could beat them all. But he needed to fight, of course—he couldn’t just sit around with 30,000 soldiers that needed feeding and booty and a lot of encouragement because they were far from home.

He soon fooled another new consul and wiped him out. Whereupon the Romans back in the city remembered Fabius and his do-nothing method. “At least he didn’t get us killed,” they said; and appointed him for another stint—much to Hannibal’s disappointment.

1 Response to Hannibal and Fabius