They Called Sertorius the Roman Hannibal

Julius Caesar was ambitious, says Plutarch, and he paid for it.

The proud Romans could see, or thought they could see, that he would stop at nothing less than becoming their king. So they killed him.

Those were fine times for ambitious men. When Caesar was growing up he had half a dozen models of men so great their names and deeds would be remembered forever. One was his own Uncle Marius. 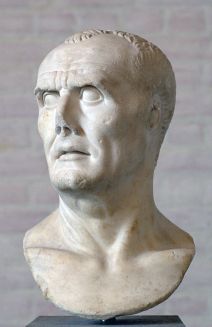 Marius, coming from nowhere, had become the savior of Rome. Twice. First he beat King Juba in Africa after no one else could. Then a few years later the Senate sent him to the Alps to try and save Rome from the barbarians who were coming with fire and sword, and he did. Dictator twice and consul seven times.

Then there was the great Sulla, the scowling aristocrat who freed all Asia, or swiped all Asia, from King Mithradates.

Sulla was a genius out there on the battlefield. And when he came back to Rome, he was boss as long as he wanted to be. No one could stand up to him. Even young Caesar had to go and hide.

And what about Pompey? 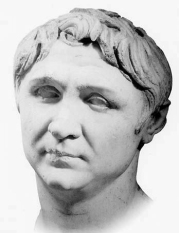 Caesar must have hated to hear of Pompey’s triumphs if he didn’t admire him. Pompey was famous with an army “before he had hair on his chin”, as Suetonius says. And he stayed famous because time and again when the Senate gave him a job to do, he did it and made it look easy. All except once.

All these men were busy being heroes while Caesar was a boy—Caesar, of so much talent. How was he not going to be ambitious?

And there was yet another Roman, one you usually don’t read about now in a summary of the times, but whose incredible victories in Spain surely made young Caesar dream and itch. His name was Quintus Sertorius.

When Sertorius beat Metellus, a good old general with a lifetime of experience at war, and made Pompey run for his life, people back in Rome started calling him the greatest general since Hannibal.

Most of what we know of his life comes now from only one source: a short biography by Plutarch. Plutarch likes to tell good stories, and they run away with him sometimes. He will let a fairy tale stand as long as it makes a pretty point. His people seem so clear, so recognizable, he might have made them up. Should we “believe” him?
Are we looking at the real Sertorius or only reading Plutarch’s fiction? Maybe his Sertorius is only like the character in a play.

3 Responses to They Called Sertorius the Roman Hannibal