What Rome Learned from Hispania

Rome picked up all kinds of tricks and useful knowledge from the peoples it conquered.

While fighting the native Spaniards, for instance, the Roman officers saw the virtues of the short sword they carried. Both its edges were sharp and it came to a point, so it could be used for hacking, like a saber, and for thrusts. So within a few years they made the gladius hispaniensis standard issue with the Roman infantry. 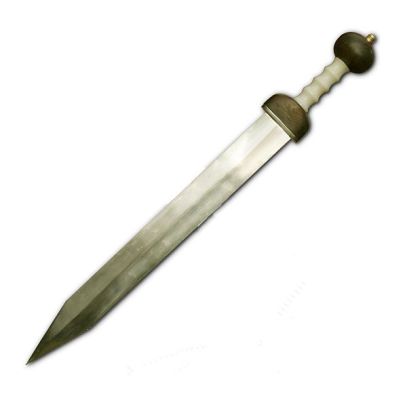 It was carried in a sheathe on the right side and drawn with the right hand too, which took some practice. A soldier’s left hand was for his shield.

Another thing that caught their attention was the coat or cloak the Celtiberians wore. When Roman soldiers first came to the Iberian peninsula they suffered terribly from the cold. While they shivered they watched the enemy—the Celtiberian troops—walking around in the depth of winter, snug in long wool cloaks with hoods. The sleeves were open to give them free play for their swords.

What did those Roman officers ask for as “damages” as soon as they had won a victory? Those good cloaks, of course—the famous sagum. The two Celtiberian towns of Numancia and Tiermes paid 9000 saga as taxes to Rome before their destruction. 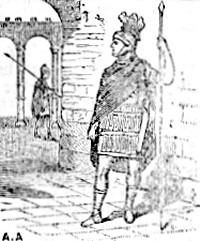 Here is a picture of a sagum worn as late as 1900 by a Spanish shepherd of the region.

Read about Numantia and its heroic revolt.

6 Responses to What Rome Learned from Hispania